Earlier this month in Orlando, Florida, possessed by either a rush of Christmas spirit or a sixth sense that supernatural forces were afoot, a German shepherd named Zoey plucked an Elf on the Shelf named Sam from its perch and ripped off his arm.

Aubrie, the 7-year-old human of the residence, woke her mother with a horrified scream. Jenn Thelen immediately realized the peril of the situation.

"I had to pick Sam up with a blanket," says Thelen, because Elves on the Shelves - foot-tall plush beings sent by Santa Claus to observe American children in the month before Christmas - can't be touched by mortals.

"I told Aubrie that Mommy knew special doctors who could fix Sam up."

Thelen, a nurse manager, and her husband, an ambulance driver, coordinated with colleagues during a slow period at their hospital. Doctors donned protective Santa-gloves, applied a dash of medicinal glitter. The medical center, Arnold Palmer Hospital for Children, cheekily posted photos on its social media accounts.

She was bombarded by well-wishers saying that the story of the surgical procedure was the heartwarming lift they needed. She also heard from commenters grousing that the domestic domination of the Elf on the Shelf, which has sold approximately 11 million dolls since inception, had truly and irredeemably gone too far.

Twelve years after the toy was birthed as an ingenious reminder for getting children to behave at the holidays, Elves of the current Christmas season are not content to merely sit on their shelves.

Once the idea was simple.

Child-friendly version: The elf would vanish from his shelf overnight - on a quick trip to the North Pole to report whether the household had been naughty or nice - only to reappear by morning in a surprising new location.

Adult-friendly version: Grown people are spending a lot of nights moving around a doll.

Their elves are making snow angels out of flour on tasteful quartz countertops.

Their elves are racing the resident teddy bear and Shopkins doll in a potato-sack race tableau. Or floating around the living room in miniature hot-air balloons until the children wake up. Or posing in elaborate "Stranger Things"-inspired dioramas.

"At some point I made a Facebook page for the elf," says Amy Stossel, an Ohio pharmacist and owner of an elf named Smarty, the protagonist of the aforementioned "Stranger Things" scenario. "And now the elf has 5,000 followers. I never set out intending for it to be a thing."

It was low-key at first, Stossel says. But then she started posting photos of Smarty's location online, mostly for the grandparents, and then other people started reposting the photos, and then Stossel felt that she should step it up a little. She was also running out of shelves for Smarty to sit on.

So, there Stossel was recently, rooting around in the basement for a toy dinosaur to create a "Jurassic World"-based display. Or looking for a camel so that Smarty could be seen celebrating "hump day."

"I did go out and buy the tiny camel, which violated our rule that we weren't going to buy anything for the elf," Stossel says. "Also a tiny Fisher-Price phone, and my husband was like, 'I cannot believe we purchased this for the elf.' "

Last year her daughter confessed that she was questioning Santa Claus, so Stossel and her husband sat her down and explained that Santa was a spirit that lived in people's hearts.

The Elves on the Shelves of 2017 have gone from being a twinkly disciplinary tool (inspiring a million thinkpieces: Does Elf on the Shelf lead to a dystopian surveillance state?) to lodging themselves, unmovingly, in our belief systems.

Every year a new crop of parents discovers Elf on the Shelf. The world is subjected to essays about how the escalating creative demands of the elf are just too much (but some parents like it!), and who can keep up (then don't buy one!) and someone gets a little punchy and before you know it there's a viral photo of an Elf on the Shelf next to a blender, threatening to pulverize a Buzz Lightyear doll.

Pro tip: Sprinkle packets of cocoa into a cake pan, add a daiquiri umbrella, and pretend your elf is reclining on a beach.

Particularly this year, Elves on the Shelf sometimes seem to reflect not the whimsical world of children, but the needs of their parents to deal with a confusing world via play therapy. Sometimes this manifests benignly as it does with Stossel - she enjoys the creative challenges that Smarty brings to her life.

Sometimes this manifests in other ways.

Consider the Instagram account run by a user who goes by "Can't Shelf This Elf." In a recent post, an elf wearing a communist red star was positioned in front of a several Russian nesting dolls.

"The Russian nesting dolls conspired with Elf," wrote the Instagram user. "They promised they'd help him get higher on the shelf. The toys know Russia interfered in last year's election and now Elf is using fake news as a deflection. Elf asked Santa to drop the investigation, but the toys are calling for his resignation."

Pro tip: Put your elf on a date with Barbie, but keep his hands in his lap to show that he is respecting her bodily autonomy and waiting for consent.

The Elves on the Shelf of 2017 are sort of a Rorschach test for their families, says Chanda Bell who, along with her mother and sister, first invented the Elf on the Shelf back in 2005, by formally writing down a story that was already a part of their family's folklore. They'd long had an elf doll that they imagined liaisoned with Santa Claus, now all Elves on the Shelf come with a book outlining the elves' history.

"We like to point out that the elves take on the personality of their families," says Bell's sister, Christa Pitts. "Some are whimsical, some are laid-back. My elf just enjoys sitting down with a cup of cocoa on a cold day."

Meanwhile, Sam the mauled Orlando elf is back home. Jenn Thelen would like it to be made clear that no surgical supplies were wasted on Sam. Doctors used expired gloves. No patients were kept waiting. Sam's arm has been reattached. He is expected to make a full recovery.

Click here for holiday recipes, present ideas, tips and more to make sure you the best holiday season

The elf is back! George the elf returns to Opelika for Christmas

The elf is back! George the elf returns to Opelika for Christmas

PHOTOS: "Elf on the Shelf" ideas

"Elf on the Shelf" has become a popular Christmas-time tradition in many households.

Smarty appeared one morning in a diorama inspired by the TV series “Stranger Things.” (Pickleheadsoup.blogspot.com) 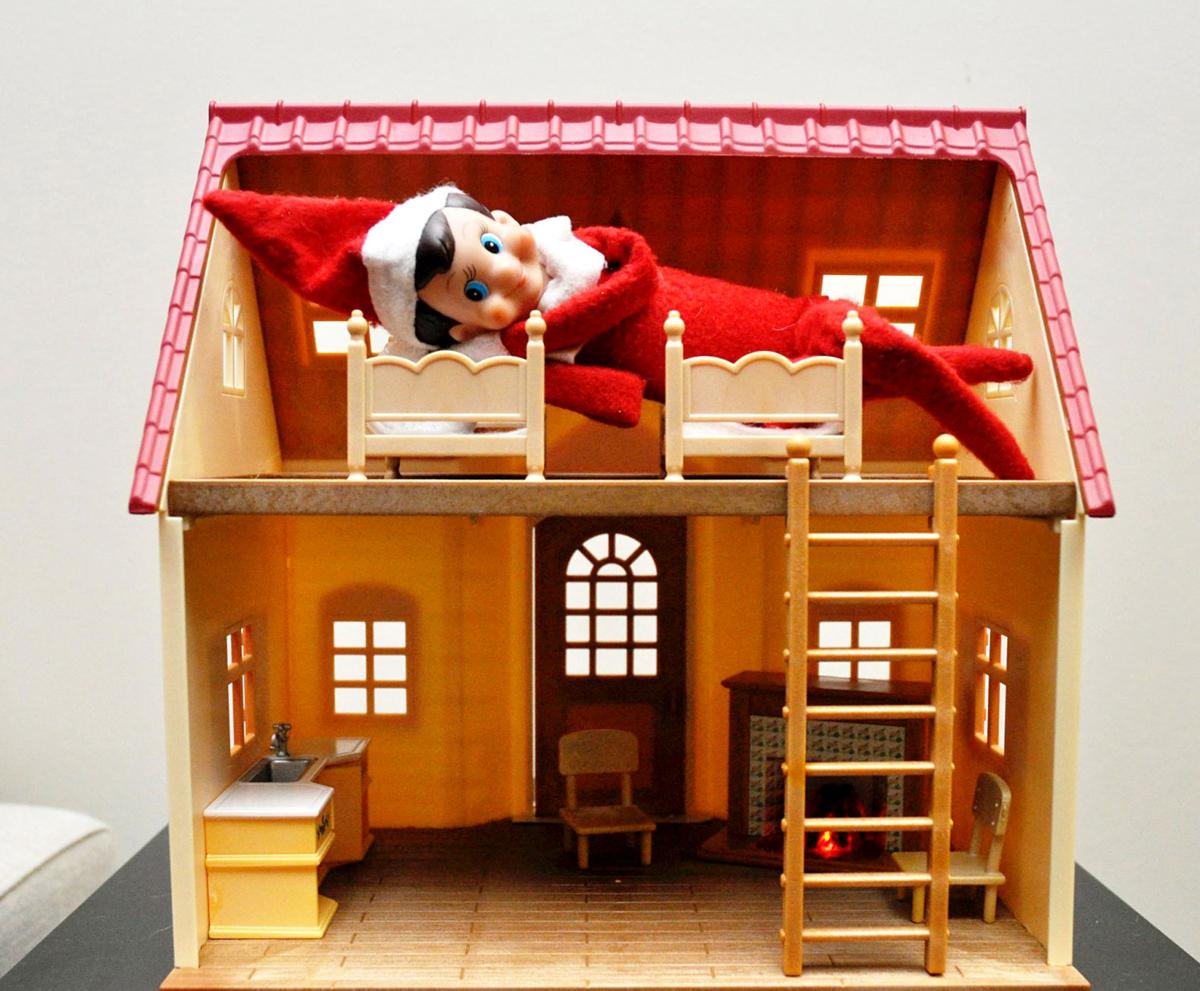 “Smarty,” an Elf on the Shelf belonging to an Ohio family, has garnered a celebrity-like following on social media for the elaborate scenarios in which he greets each Yuletide morning. (Pickleheadsoup.blogspot.com) 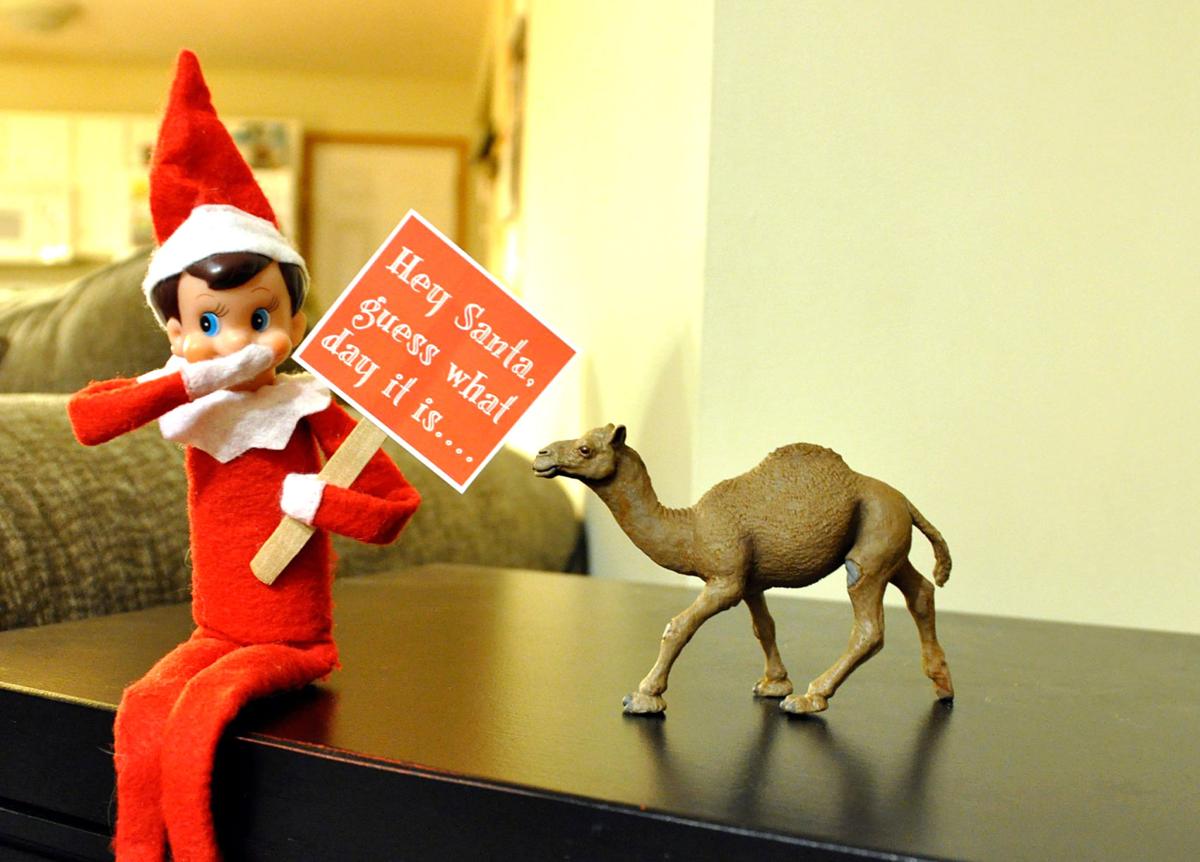 Amy Stossel, the owner of Smarty, went hunting for a toy camel to illustrate the arrival of “Hump Day.” (Pickleheadsoup.blogspot.com) 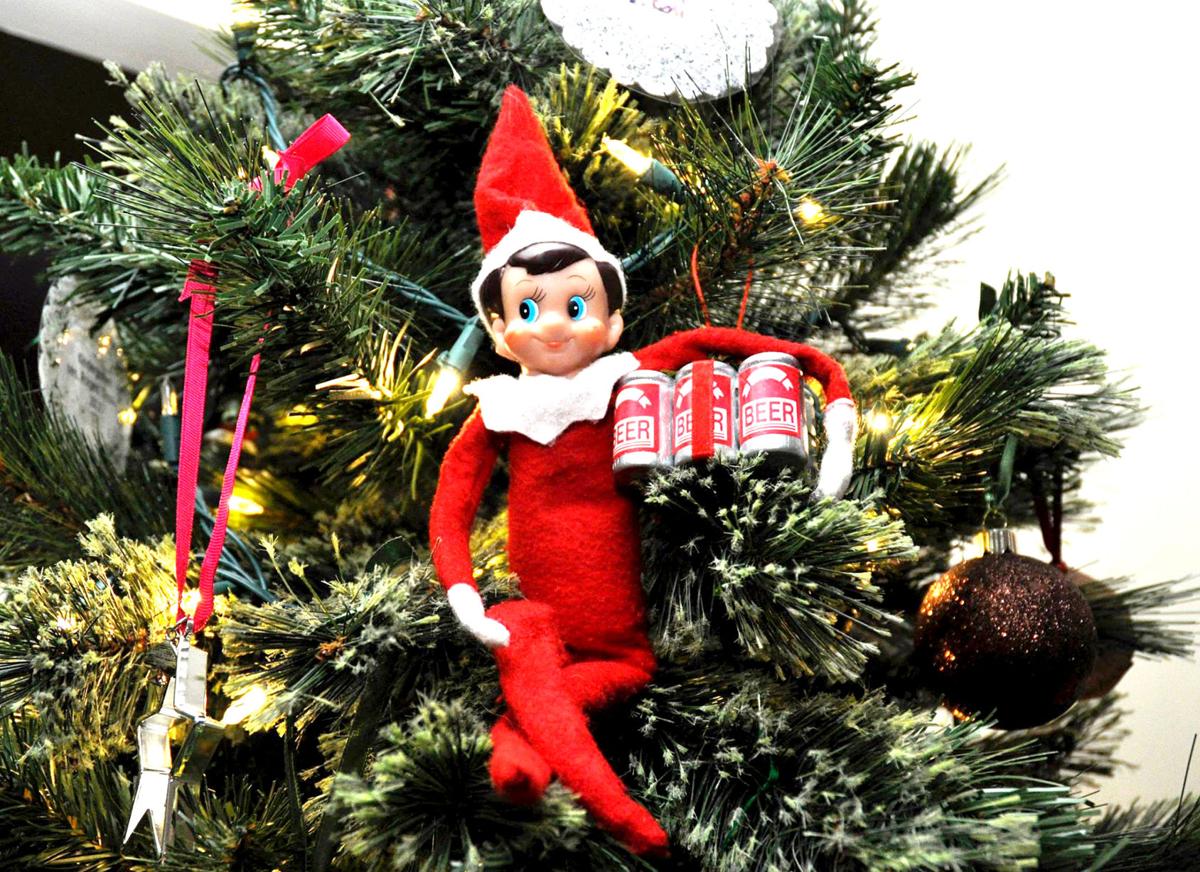 Smarty sits on a tree with a six-pack of beer. (Pickleheadsoup.blogspot.com)